I was born in 1987 in Wheeling, West Virginia, to Lawrence Schroeder, a civil engineer and land surveyor, and Sandra Schroeder. We shortly thereafter returned to California, and I grew up in the Central Valley of Northern California. I was home-schooled, mainly by my mother. I am of primarily ethnic German ancestry, with various other contributions over the centuries. I am a citizen of the United States of America. 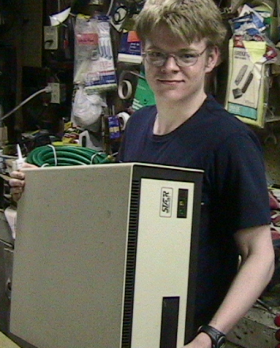 I had many early exposures to mechanical and electronic devices, usually involving screwdrivers and diagonal cutters. My parents also decided that I should memorize useful things like "PV=nRT" and "I=V/R" instead of nursery rhymes, although of course it was not until some years later that I knew what any of them actually meant. I learned to solder when I was seven years old and learned to program using BASIC on an Apple ][e a few years later. In my early teenage years, around 2000, I built my first computer-controlled robot - an old PC used its parallel port to control relays that operated the switches on an RC car controller, thereby allowing me to program (open-loop) movement sequences for the car. My first real programming language was C, which I learned from a structured programming textbook my dad bought me at the UC Davis college bookstore.

My mom had some interest in biology, and I remember looking for hours through my grandfather's old microscope, mostly at pond scum and other things I found in the back yard. In particular, I remember seeing a living rotifer for the first time and thinking it was very well-named.

I had an inordinate amount of difficulty learning algebra. It took me quite a while to wrap my head around the idea that you could solve equations symbolically instead of just numerically! I eventually got it, but I didn't actually begin to like math until I took calculus.

I graduated high school in 2004 and started taking classes at Yuba College, the local community college. I decided to go to university after a few years, so as to improve my computer programming skills, and in 2007 I was admitted to CSU Chico. I soon realized I would like to explore novel problems, and decided to do research. While reading about biomedical informatics in Fall 2008, I stumbled onto this page and realized that I had not hitherto given a fair consideration to a medical career, despite an interest in medicine and biology. I had a hard time cramming all the additional classes to meet the prerequisites for medical school into my schedule, but I graduated in 2010.

I had done a summer internship at the National Institute of Environmental Health Sciences in 2009, and after graduating (several months after graduating, to be honest) my PI, Dr. Leping Li, emailed me asking if I wanted to work for him as an IRTA fellow. I packed my car and drove across the country from California to North Carolina, and started working at NIEHS in January 2011.

While I was in North Carolina (and prior to that, in California) I did a fair bit of caving. Here are some caving pictures of mine; I have more... 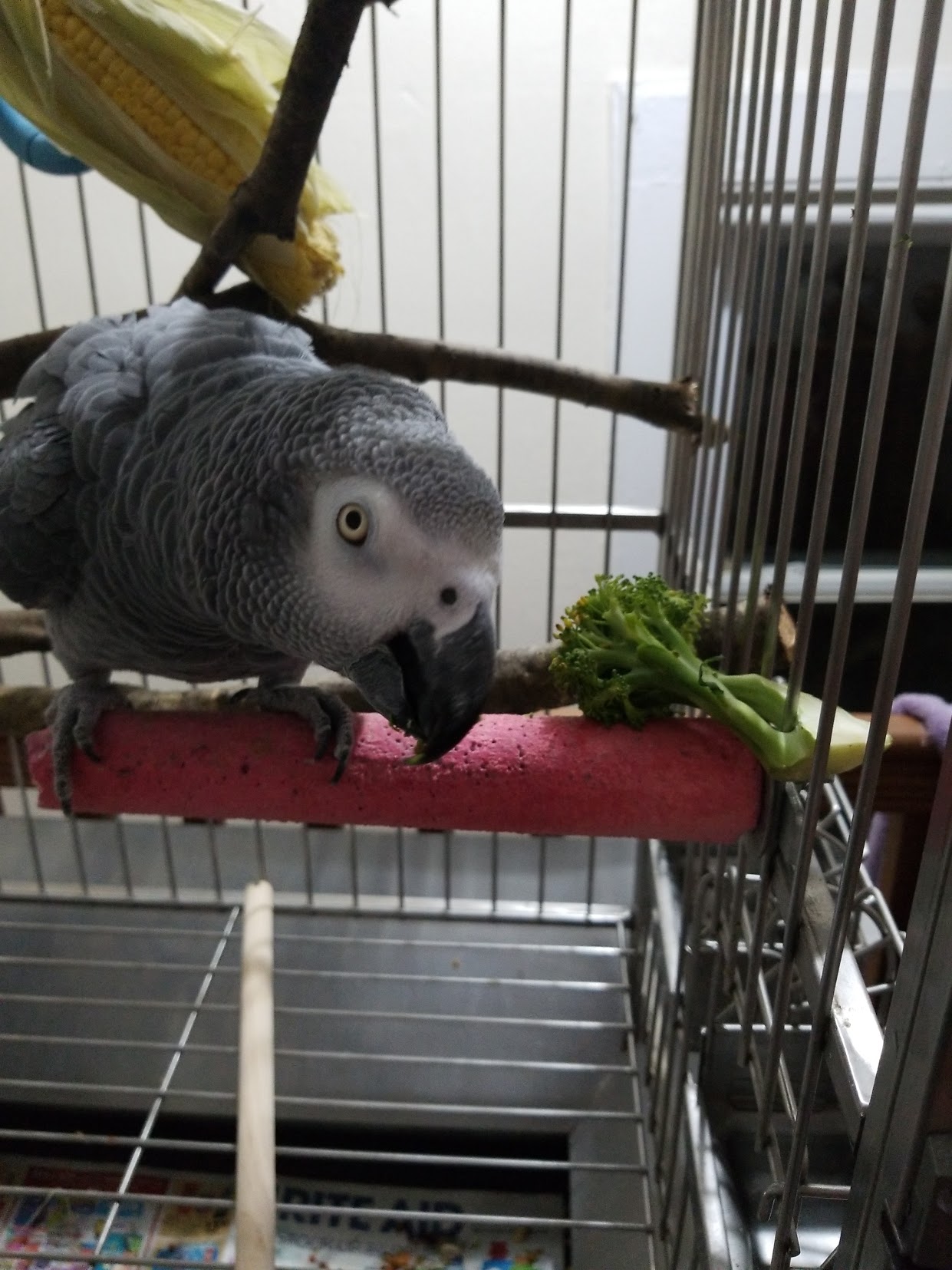 I took the MCAT while working at NIEHS and applied to quite a lot of MD-PhD programs all over the country, but got significant interest only from a few. I decided to go to Stony Brook University's NIH-funded Medical Scientist Training Program for the MD-PhD. Honestly, it was because the associated university seemed to be on the up-and-up, they had the most efficient program administrator, and local people consistently told me Long Island had nice weather. It turns out most people in the Northeast wouldn't know nice weather if it bit them in the gluteal region, but the other things were true and two out of three isn't bad.

In 2014, after completing two years of medical school, I bought a house in collaboration with another MSTP fellow and started my PhD work on point spread function engineering. I've since discovered that a homeowner's work is never done, but the freedom afforded by owning your own house is definitely desirable. Plus I finally have space for a real garden!

In October 2017, I adopted a 16-year-old captive-bred African Grey parrot named Ruby, pictured on the right. Sadly, she passed away in 2021.

I returned to the clinical years of medical school after defending my PhD thesis in April 2018.

Headshot of me in a suit, for press use.

I was on Google Plus and LinkedIn. I have a FaceBook account, since the unfortunate demise of Google Plus.

Opinions about Religion and Philosophy 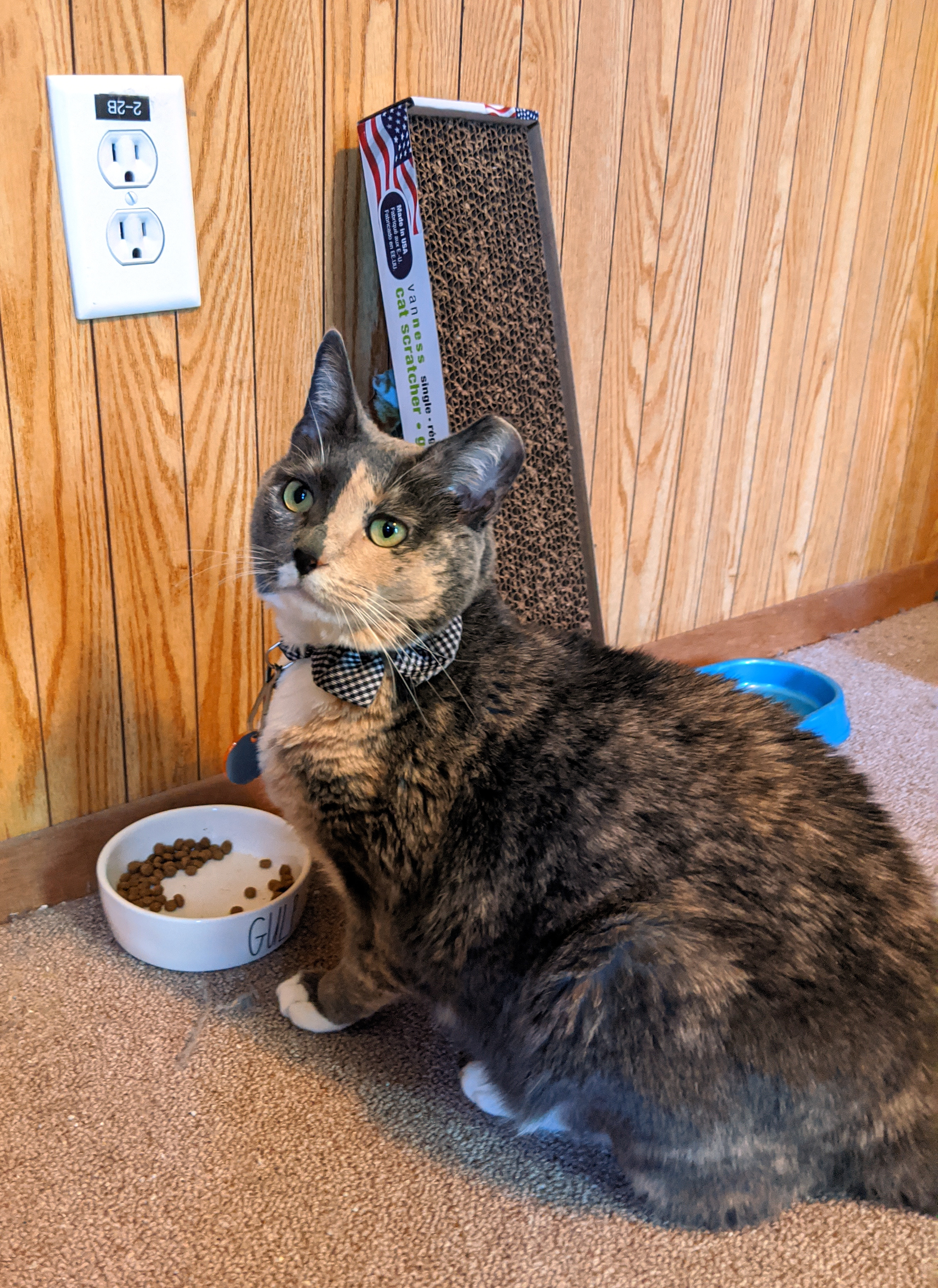 These are my opinions as a private individual, not as a scientist or in any professional capacity.

I believe in one God, not three, as taught by many of Jesus' early followers (whose Christian faith I identify with), and in keeping with the pure Monotheism expressed by many other prophets and sages in the Abrahamic tradition. I further believe that a loving God would not torture anyone forever; and that, while He is morally responsible for the existence of the Earth and life, God did not create the Earth out of the void in six days a few thousand years ago, but rather effected His will using means consistent with our well-established scientific knowledge of geology, astrophysics, and biology.

I have been an ovo-lacto vegetarian for several years for aesthetic and ethical reasons. I do not believe that animals have human rights, but that they do have a lesser level of moral worth, and they should not be killed simply for food or clothing in the presence of abundant alternatives. Also, meat production is very inefficient in many cases and has a negative ecological impact.

I am a consequentialist but not a utilitarian (though "the greatest good for the greatest number" is usually a reasonable starting point for moral reasoning.) This is not to say at all that moral rules are not in general a good thing - I think highly of many of them - but the rule is a means to an end and not an end in itself. Good moral rules and laws are authoritative and should be followed because they are tools for picking good actions and achieving good outcomes in spite of our limited human perspective and bias, not because they somehow define Goodness themselves.

With respect to the philosophy of science, I feel that scientific theories are tools for making predictions, and should be judged mainly by their utility in that capacity, but that in practice, many of our theories are probably actually correct. I think that it is inadvisable to treat information as a commodity, in general. Finally, I respect your right to disagree openly with any of the above.

Elaboration of my Vegetarianism

This page is mostly a biography and a list of my opinions such as are common enough to have Wikipedia articles, but there is one topic here that's definitely practically significant. I'm a vegetarian. I tell people this a lot, not because I'm pushy about it, but because it avoids later awkwardness if people know I'm a vegetarian as soon as possible. I do adhere to this diet even when it's socially awkward, though, and have for about fifteen years.

People mean different things when they say they're vegetarian, from "I don't eat red meat" to "I am a strict vegan." When I say it, I mean that I'm an ovo-lacto-vegetarian. For the sake of clarity, here is my diet, in brief:

Additional notes: While I may be willing to set aside these things in extraordinary circumstances, such as being trapped in a lifeboat with a goat while lost at sea, someone forgetting I am a vegetarian is not an extraordinary circumstance. "Can't you just pick out the meat" is NOT an acceptable solution. Salad does not constitute a vegetarian meal, nor is it a mainstay of the vegetarian diet. Vegetarian cooking does not consist of making a non-vegetarian dish and just leaving out the meat.